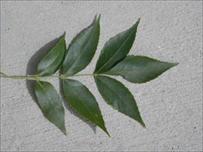 Ash trees are very common in landscapes and most species, mainly white ash (Fraxinus Americana) and green ash (Fraxinus Pennsylvanica), are native to Illinois forests. It is estimated that as much as 20% of street or parkway trees in the Chicagoland Area are ash trees.

In Lake Zurich, the population of parkway or street trees and trees in our parks is 7,900. The total number of ash trees is estimated at 38 percent of the tree population in Lake Zurich.

The Emerald Ash Borer (EAB) is a small (1/2” long, 1/8” wide) metallic green beetle native to Asia. While it was first found in Michigan in 2002, it is likely that EAB had become established quite a few years before discovery.

EAB’s natural spread is moderate; but its artificial spread can be rapid by people unwittingly transporting this pest through infested firewood and landscape waste. To protect our ash trees, it is our responsibility to minimize the spread of EAB by following a few simple rules:
EAB Life Cycle 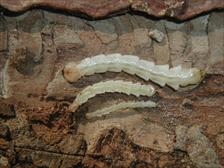 The adult EAB emerges May-July and the female lays numerous eggs in bark crevices and between layers of bark. The eggs hatch into larvae in 7-10 days, which bore into the tree, where they chew the inner bark and phloem, creating winding galleries in the vascular tissue of the tree as they feed. This action cuts off the flow of water and nutrients in the tree, causing dieback and death of the tree.

Signs and Symptoms of the EAB
Monitor the health of ash trees in at and around your home!
Other Stressors of Ash Trees
Ash trees may suffer from a number of insect, disease, or other problems that can cause similar symptoms. Native insect borers also attack ash trees and leave different exit holes. Native insect borers do not cause the devastating damage to the vascular system that EAB does.

The round or oval exit holes of native insect borers are not “D” shaped and usually smaller or larger than those of the EAB.

For Further Information or Assistance