The barn is presently undergoing major reconstruction. Heavily damaged during the fire, the interior of the barn building was completely gutted, stripping the interior down to the studs.

Short lumber supplies have delayed reconstruction in late 2020, with replacement rafters arriving in December. Contractors now have sufficient materials to actively work on the site with a planned completion date by the end of May 2021. 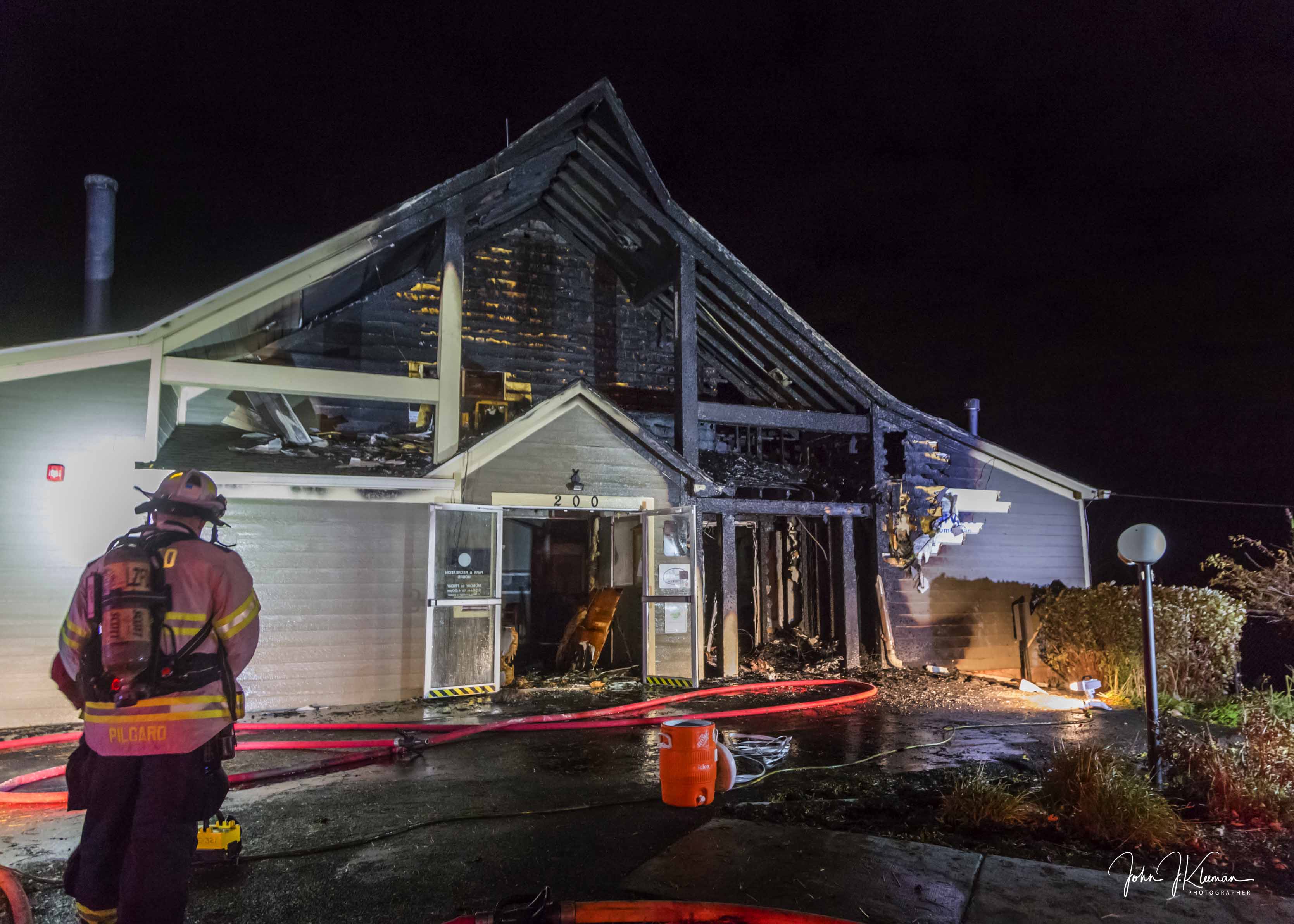 The Paulus Park Barn suffered a fire on Saturday, November 2nd at approximately 8:15pm.  The Fire and Police Departments have concluded their investigating noting the cause of the fire as unknown, however, it was determined that the fire began in a garbage can located outside the building in the covered handicap entrance.  The garbage can fire ignited the overhang of the entrance, expanded to the front of the Barn and then continued to the interior.  Most of the fire damage was restricted to the front of the building due to Police and Fire’s quick response.  Although the building is still standing, the fire and smoke damage is extensive and after careful evaluation from restoration experts, the building contents, equipment and supples are not salvageable.

The facility rental and Paulus Park marquee programs have been suspended at this time due to limited space and damaged equipment.  Ela Township and Cedar Lake Assisted Living and Memory Care were able to accommodate individuals who were unable to host their event at the Paulus Park Barn.  Please feel free to reach out to our community partners if you are looking for meeting or rental space.